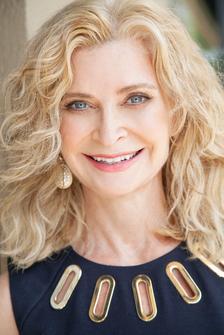 In the late 1990s, she turned her attention towards children's projects. She developed "Rusty," an animated children's series for the Fox Kids Network as part of a development deal. Her illustrated children's literacy book, "The King of Skittledeedoo" has been praised by First Ladies across the country and is now in its 3rd edition. In 2000, Ms. Rust founded The Rust Foundation for Literacy, a non-profit organization dedicated to encouraging literacy in children, which is now PowerForKids.com. She is currently Chairman of the organization and a literacy advocate for the "Los Angeles Times" and is an ongoing contributing writer to the L.A. Times Kids Page. She has traveled the world spreading her literacy message to over 100,000 children. Both the Screen Actors Guild’s Book Pals Foundation and the Writers Guild’s WGA Foundation have programs which utilize Power For Kids and "The King of Skittledeedoo."

2007 marks the release of another children’s book and pre-production of a family feature film which won an international film festival award for best screenplay and is called "The Secret Island of Tortuga." Patricia Rust welcomes becoming a part ofthe Caucus and is inspired by the talent of the membership and seeks to hold to those standards and meet new challenges.

A native of Los Angeles, Patricia Rust started her career as a child model. She was one of four Ivory Soap Girls and has also been Miss Minolta Camera and one the Budweiser Girls. If she wasn’t on one side of the camera she was on the other! After serving as editor of the Daily Bruin while at UCLA, Ms. Rust created, wrote, produced and hosted several syndicated magazine shows and a morning show including "On Cue," "On Location," "The Entertainment Report," "Campus Close-up," for syndication and companies such as Group W Television and PBS.

Using her native California knowledge of Hollywood, she served as an on-air host and writer/producer on many more shows such as "Hollywood Close-up" After attending UCLA, she worked as a travel writer and spa reviewer for several magazines and was one of the original founding editors of the Producers Guild’s Magazine POV under Leonard Stern. (She’s edited POV for 12 years.) She later completed the Comedy Writing Program at the American Film Institute, where she won the Sketch Comedy Writing Competition. She was hired by NBC as a sitcom writer and won their in-house award for the Best Network Comedy Writer in 1990 and served as head writer on "13 East." She sold her first feature film "For Your Love" to Warner Bros.